Chris Welch is one of 26 Life Members of Chartered Accountants  Australia and New Zealand (membership 128,000) and has been working in the UK since 1997. He is also a Barrister and Solicitor of the High Court of New Zealand. 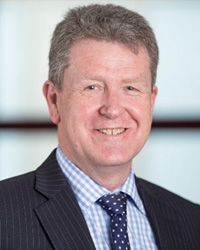 For 11 years, he was the Finance Director of the Association of British Insurers (the ABI), a major City institution. He now works as a Finance Director on a part time basis – his most recent role being a 13 month interim assignment with Access – the Foundation for Social Investment – a charity that administers a £100m endowment with the aim of making charities and social enterprises in England more financially resilient. Chris and his wife have owned a property on the East Cliff since 2007.